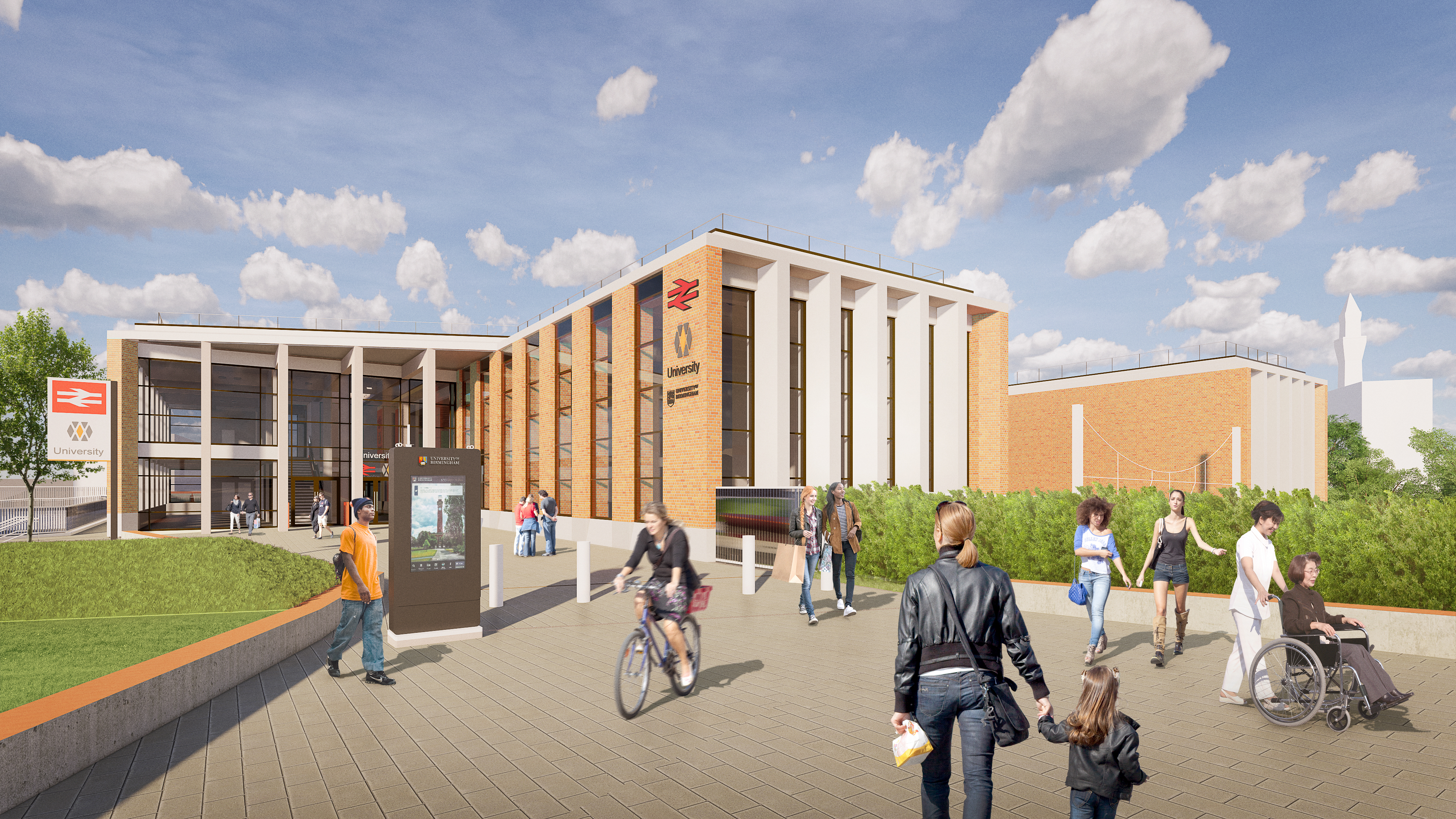 We’re investing £56 million to rebuild University station in Birmingham. This is part of the West Midlands Rail Programme (WMRP).

The new station will make a huge difference to passengers. It will improve access to some of Birmingham’s world-leading institutions, including:

This will help support the local economy. The station will have more capacity and better facilities. It will be much easier to use.

The existing station will remain operational during construction. We’re committed to providing a fit-for-purpose station for the Commonwealth Games in summer 2022.

Sign up to the West Midlands Rail Programme newsletter for updates on this project.

The challenge - why we're doing this

University station was built in 1978. It was designed to accommodate half a million passengers a year. Between 2018 and 2019 there were 3.97 million passenger journeys through the station. This is predicted to rise to 7.2 million per year by 2069 because of planned developments in the area.

The station is often overcrowded, especially at peak times. The platforms are narrow, with limited shelter for bad weather. High passenger numbers contribute to delays.

The solution - what the project will do

There will be a new station building with improved facilities. This will increase capacity and reduce congestion. There will be more space for passengers.

The new station building will have:

It will be easier to get in and out of the station because of new entrances and exits. There will also be a new pedestrian bridge over the canal. This will provide direct access to the University of Birmingham campus. Passengers will also be able to get to the station from the canal towpath.

The project will also provide:

The new station will encourage more people to use the trains instead of driving.

We’re working on this project with:

How local children are helping us celebrate key workers