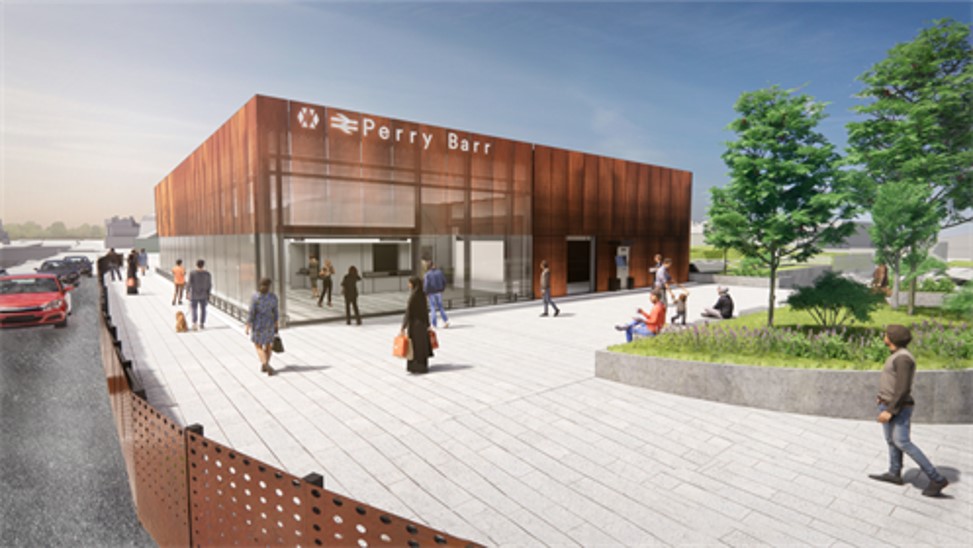 Join us for a community fun day

Come along to Perry Barr railway station for a fun packed day of music, street theatre and interactive activities for kids of all ages.

Hear from local music acts including Caribbean-inspired Wassifa Showcase, take on engineering challenges with the ThinkTank Science Museum, meet Mr and Mrs Pidgeon in a street theatre spectacle and get your bicycle in tip-top condition with Dr Bike.

Join Councillor Bob Sleigh, Deputy Mayor of the West Midlands, at 11am as he officially opens the station.

There will also be face painters, glitter tattooists and balloon modellers to add a little sparkle to your day.

Members of the Transport for West Midlands and West Midlands Railway teams will be on-hand to answer any of your questions about the new station and travelling by rail.

We hope to see you there!

The new railway station is now open and the bus interchange is due to be completed ahead of the Commonwealth Games.

The project has created a modern, fit-for-purpose new rail station. The new bus interchange will have enhanced shelters and a better layout. The project is also improving the area around the station.

This work is also providing:

This is supporting the Perry Barr regeneration programme led by Birmingham City Council. It is also supporting the council’s ambitions for a greener future by providing a realistic alternative to travelling by car.

The new station will be used for the Commonwealth Games in 2022. Alexander Stadium in Perry Barr will host the opening and closing ceremonies, as well as the athletics.

Sign up to the West Midlands Rail Programme newsletter for updates on this project.

The challenge - why we're doing this

Perry Barr station was rebuilt in the 1960s when the railway line was electrified. The old station was designed to accommodate up to 250,000 journeys per year. Between 2018 and 2019, passengers made just under 700,000 journeys.

The bus interchange was outdated and difficult to access from the station. Pedestrians had to cross several traffic lanes to reach it. The old road layout also meant it took a long time for buses to access the interchange.

The solution - what the project will do

We demolished the old station and the buildings next to it. This meant we could build a new, much bigger station with improved lighting and facilities. The new station is able to support 1.1 million passengers per year.

The new station building has:

There are new entrances on both sides of the station. This makes it easier to get to. It also links the One Stop Shopping Centre and local commercial centre to the railway.

The area around the station is changing. It is becoming safer and more attractive. The project will:

The new bus interchange will have:

We’re working on this project with: