Come along to Perry Barr railway station for a fun packed day of music, street theatre and interactive activities for kids of all ages.

Hear from local music acts including Caribbean-inspired Wassifa Showcase, take on engineering challenges with the ThinkTank Science Museum, meet Mr and Mrs Pidgeon in a street theatre spectacle and get your bicycle in tip-top condition with Dr Bike.

Join Councillor Bob Sleigh, Deputy Mayor of the West Midlands, at 11am as he officially opens the station.

There will also be face painters, glitter tattooists and balloon modellers to add a little sparkle to your day.

Members of the Transport for West Midlands and West Midlands Railway teams will be on-hand to answer any of your questions about the new station and travelling by rail.

We hope to see you there!

Perry Barr railway station has been transformed into a modern and accessible facility. with lifts, a waiting area, ticket office, an accessible toilet and secure bike parking.

The £31 million project, which includes the nearby bus interchange, has been led by Transport for West Midlands and the West Midlands Rail Executive. 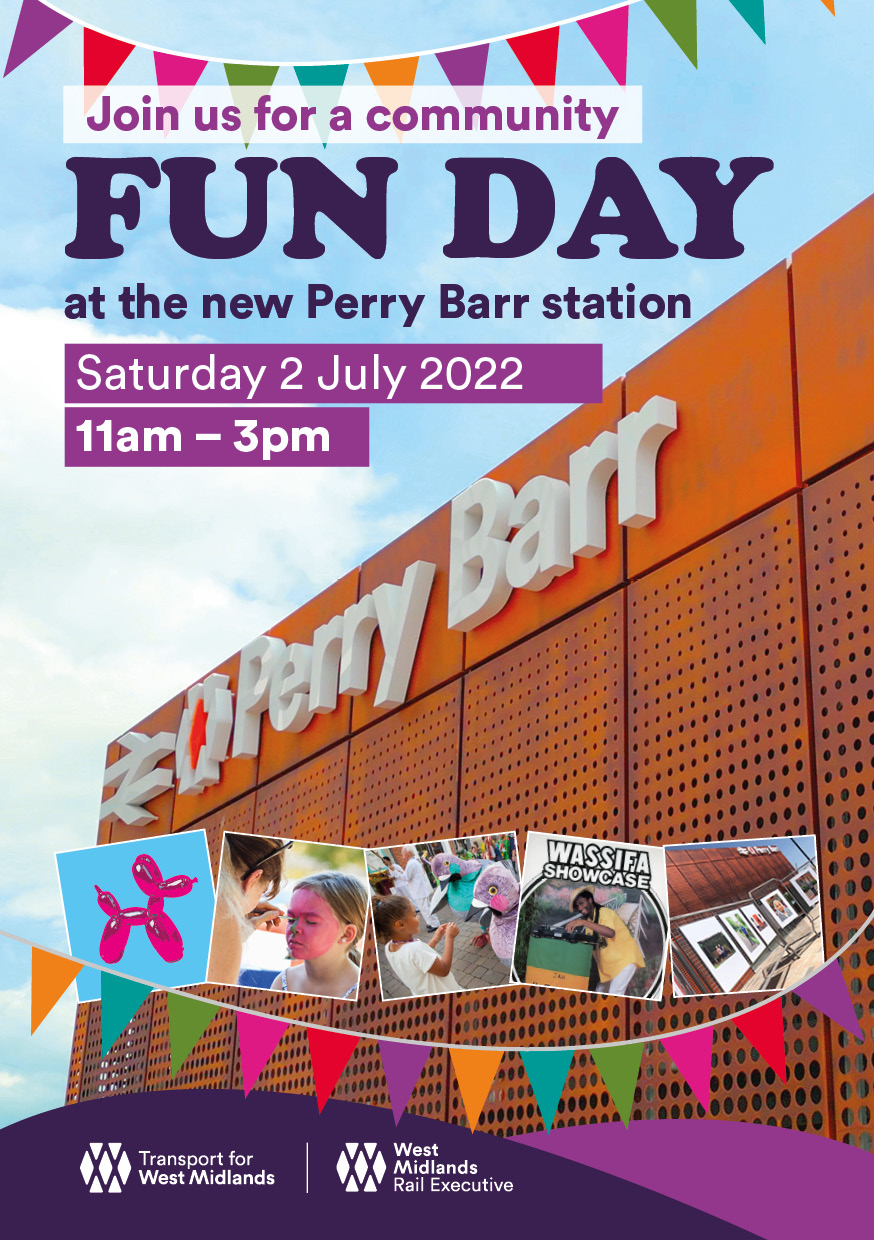